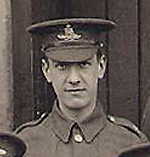 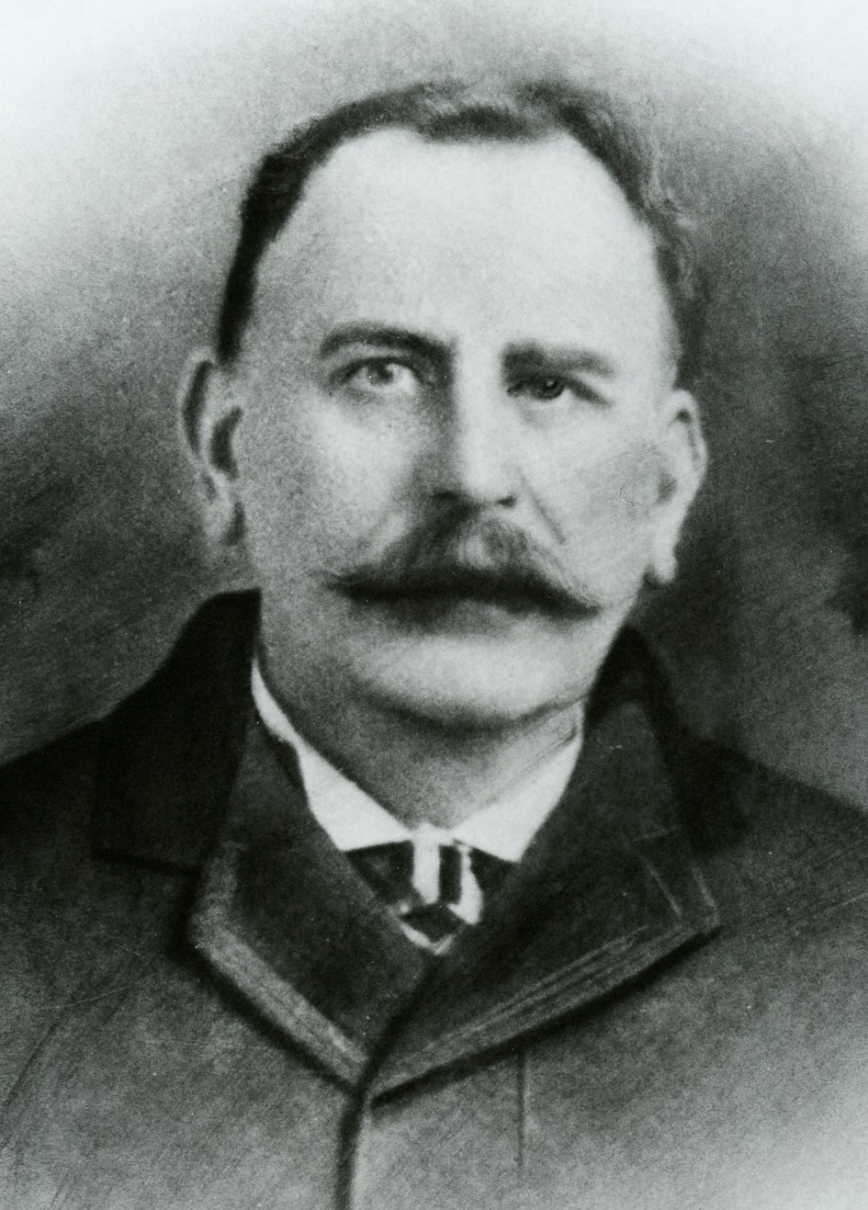 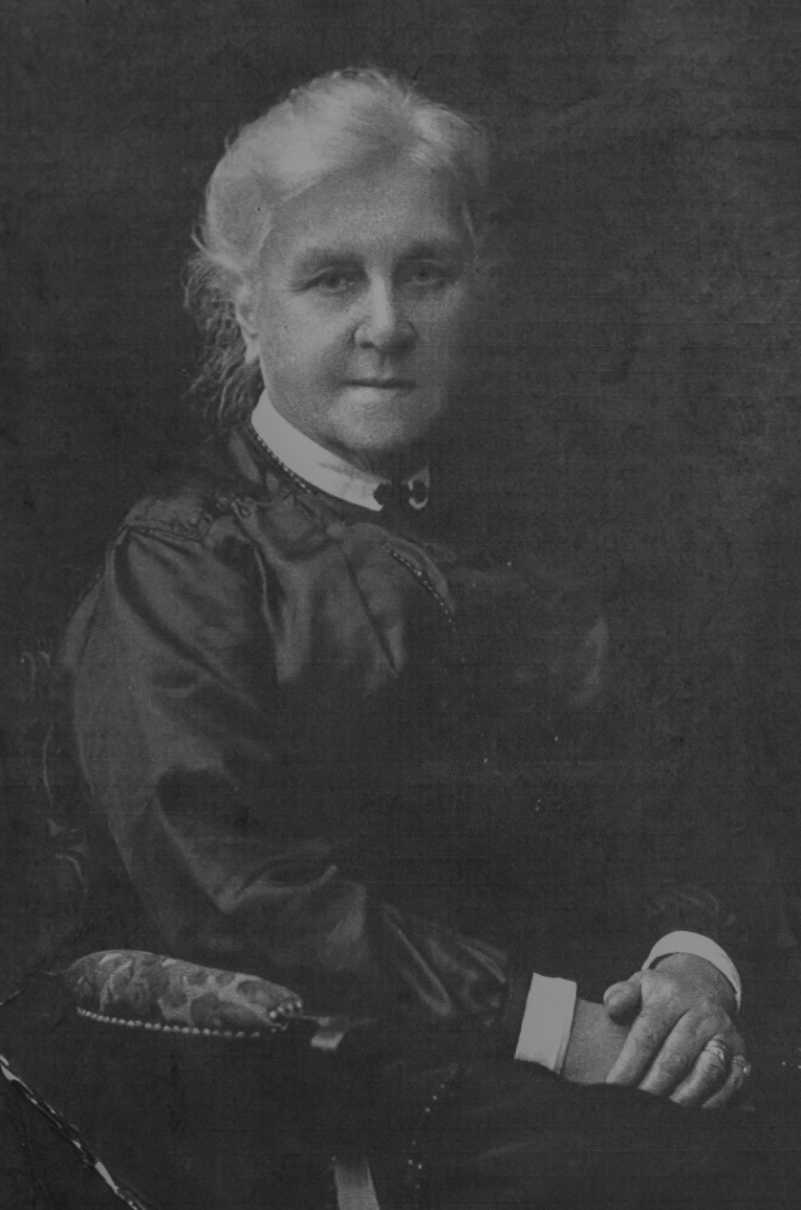 Sons Raymond and Charlie both served in WW2 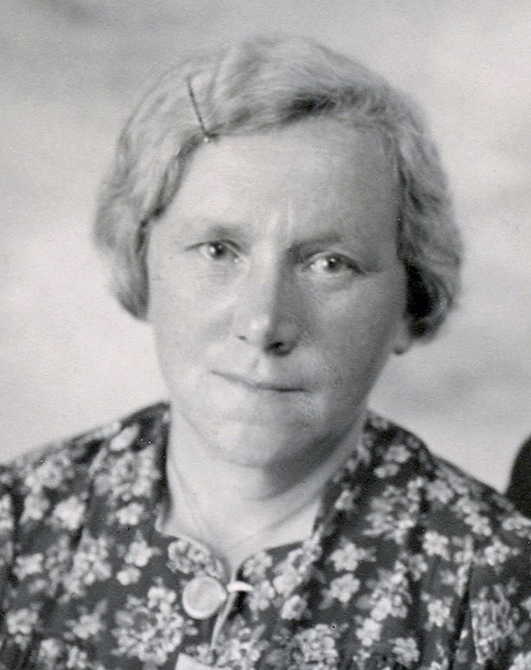 (Research): Ancestry, Find My Past, National Archives and GRO

Introductory note: Harold Spencer spent 11 years of his life with the Royal Garrison Artillery joining (when a very young man) the Garrison Artillery that was formed in 1899. The Royal Garrison Artillery (RGA) was an arm of the Royal Artillery that was originally tasked with manning the guns of the British Empire’s forts and fortresses, including coastal artillery batteries, the heavy gun batteries attached to each infantry division, and the guns of the siege artillery. We do not have records for Harolds first 8 years of service which is a pity because until 1917 we can’t say for certain which units he served or exactly. Unusually though we have a personal diary so more of an insight into the person that is normally available.

Harold Spencer a Private is a member of the 85th Company of the RGA based in Bombay at the Coloba Garrison a British military Cantonment since 1796 when islands were reclaimed to form the peninsular.

In this period Harold may have stayed initially with the 85th Company in Bombay  . However, later he may have been posted to Roorkee on the Nepal border where the three RGA units were based at the outbreak of war the 59th Company, the 81st (Siege) Company and the 91st (Heavy) Company of the Royal Garrison Artillery
Note in 1917 Harold states he travelled from Roorkee to Mesopotamia. It would also seem that sometimes in India he was made a Gunner with a battery.

Luckily Harold kept a diary when transferred to the 159th Siege Battery in Mesopotamia and so we have a brilliant insight into his time in modern-day Iraq. His son Raymond seems to have transcribed his written words and the diary begins with his comments.. I have added timeline references images and maps.

Arrived at BASRAH on May 10th and marched to MAKINA MACUR. Was there seven days, embarked on PS58 for BAGHDAD on 17th, record trip – 6 days.

Left SAMARRA on the 24th March (Sun) for stunt with two guns. By rail to BAGHDAD, arrived Monday 25th March, and camped on station till 5.30 a.m. Then proceeded to Iron Bridge. Picked up escort (1st/4th Somerset’s). Camped for night. Reveille 5.30 a.m. 27th March, marched 20 miles and arrived at MAHOMEDISH at 6 p.m. Camped in stables for night. Rose at 5 a.m. 28th to place named SHARABA, a distance of 22 miles.
Camped by Euphrates. Guns left 6.30 a.m. on 29th March, Waggon lines 8.30 a.m. Went with latter about 6 miles over the river and pitched camp at MUSEGIB, expecting the guns to arrive at 5 p.m. Signallers did not pick them up till 10.45 p.m.
Was on guard, every man to turn out as relief party. Went out about 2 miles, arrived 12.30 and retired for the night. Rose again at 5.30 a.m. 30th March and crossed 5 bridges. Very difficult job on account of frailness of bridges. Was relieved at 2.30 p.m. One more bridge to cross. Guns reached camp 3.30 p.m. Retired at 11 p.m. and rose again at 6 a.m., 31st March.
Marched 23 miles to place named KERBELA and arrived at 11.30 p.m. Had had a very hard days work on account of bridges. Had party of Arab labourers, was raining hard and lasted all throughout the night and slept under tarpaulin. The guns were left in town all night and brought in in the morning.

Left KERBELA at 2.30 p.m. 1st April and marched 16 miles and camped in old building formerly used for Turkish patrols. Arriving at 7.45 p.m. Left at 9 a.m. 2nd April and marched 13 miles, camped in building similar to previous one, arriving at 5 p.m. On guard at 5.45 p.m. Was jolly tired in morning, going as escort to A.T. carts (2nd line) Left at 9 a.m., and marched 15 miles. Camped in same kind of building. Have only another 13 miles to go to our final halt. Left at 9 a.m. following morning and arrived at KUFA at 2.15 p.m. Left guns 21⁄2 miles from NIJIFF CITY (scene of hostilities). The waggon lines are about 51⁄2 miles away from guns.
Today, Thurs 4th April, ordered to proceed to Battery as mounted orderly for the day and on arriving there, find that I have to stop there till finish of hostilities. Opened fire on Sunday 7th April, 45 rounds expended. Did much damage to mound wherein dwelt Arab rebels. Fired again on Tues 9th on white house believed to be dwelling place of Arab Chief – viz Sheik Jamie.

Moved camp on Thurs 11th April and took up position at H.Q. about half a mile away and parallel to previous camp. Allied aeroplanes visit occasionally and land quite near.
The murderer of one of our political agents was brought in today, 12th April and taken to KUFA by 10th Lancers (N).
Was kicked by horse this morning, Saturday and laid low for a few days. Many Arab prisoners are being taken day by day. Sent back to waggon lines on Sat 20th. Hostilities finished. Leaving KUFA by barge to MUSEJIB on the 26th. Battery going by road.
Passed Tower of Babylon today, 27th April. Reached Barrage on 29th. Currents very treacherous. Was told we were very lucky to get over.

Arrived MUSEY 30th April. Travelled by motor to Iron Bridge and attached to Middlesex Regiment to await arrival of Battery. Battery arrived on 4th May (Sat) staying four days and then en-route for SAMARRA (by rail?) Changing camp today, 7th to Advanced Base. Not going to SAMARRA yet.
Leaving BAGHDAD tomorrow 10th for SAMARRA. Left 9 a.m. and reached station 9.45 a.m. Train left 2.30 p.m. And arrived SAMARRA 8.45 p.m. Marched to camp 5 miles and arrived at 10 p.m.

C.O’s and M.O’s Inspection this morning, 4th. Shall be glad to get away from here. Have bought all meals since arrival, cannot even get our own rations. Today, the 5th, have been feeling “seedie” all day.
Glorious news! We embark tomorrow, Reveille at 4 a.m. and be ready to march off at 6 a.m. There are three boats awaiting us (rumours only!) “The Kenilworth Castle”, “The Empress of Britain” and the “Walmer Castle”. Have no idea at the moment to which ship I am being destined.
My temperature is now 102 degrees, but I can’t help being excited as this is about the limit for rations. Have had only three cups of tea since arrival here – the remainder I bought! Roll on tomorrow! Then for England, Home and Beauty (have forgotten all about it!)
Up at 3.30, packed and all ready to move off. Am told off for escort for the kits.
Embark at 7.30 on H.M.T. KASHGAR (was a P&O Liner before the war). Set off at 1.30 p.m., 7th June, but only as far as the river mouth. Lay to for the night. Am allotted to No 76 Mess. It is impossible to stop below on account of the heat.

Left this morning at 6 a.m. Sea very calm. Nothing more to note as every day is about the same. We are getting very good food and plenty of it. Today is Wed 12th June and the sea is very rough. Have a lot of sickness on board. Expect to reach Port Suez on the 20th.
A young chap of the RAF belonging to my Mess, died this morning at 11.30, 14th. Burial this afternoon. Went down to hospital at 4 p.m., myself and three others and brought up the body and buried him in the usual way with Military Honours!
Passed Aden yesterday morning and part of Africa today Sat 15th. Today, Mon 17th June have had very nice weather and calm seas since Saturday. Have nothing very special to note.
My Mess (No 76) is isolated on account of the young chap dying of enteric fever. We are fenced in and not allowed to mix up with the other chaps, but we are fairly well-off regards space. It is rumoured that we reach Suez tomorrow evening!

Arrived Port Suez at 5.30 p.m., Tues 18th. Laid to all night and proceeded down the Suez Canal at 5 a.m. the following morning, arriving at KANTARA, Egypt at 4.30 p.m. (We are about six miles from Port Said).
Disembarked at 7 p.m., marched to the G.B.D. (General Base Depot) and was ordered to take our kits (seventeen of us) to be fumigated, but after lugging our kits about for half an hour, was told that it was too late to be done that night, so had to go back and report, so were sent to the segregation camp (about 11⁄2 miles away). Was absolutely done up on arrival as had nothing to eat since twelve o’ clock noon and were told we would get nothing until breakfast!
There are about 50,000 troops here – waiting to be sent to different fronts! Rose up at 5 a.m., breakfast at 8 am and took our kits to be fumigated again. Had a Chlorine bath and were marched back again. Have got to stop here fourteen days. Shall be jolly glad when we return to the Depot.
Today, Sat 22nd June, I find that it is not so bad here after all, except for the confinement. The food is A1 and plenty of it. We rise at any time before 8 a.m. – breakfast, M.O. Inspection, 9 a.m., about half an hour of fatigues and all the rest of the day to ourselves! It seems too good to last.
It is awfully hot here – about 115-129 degrees in the shade and terribly sandy. Being as we are under orders for France, we are not allowed to write home under any circumstances.
Left segregation camp on Fri. 28th and sent to Artillery Base. Very bad system with having to buy most of our rations.
It is rumoured that we leave here for ALEXANDRIA on Tues. 2nd July. Find it rather difficult with the money here after the Indian money.
Left KANTARA camp (Artillery Base) today Wed 3rd at 3.30 a.m. and marched to railway station (about 6 miles). Entrained at 5 a.m. and left at 6.30, Arrived at ALEXANDRIA 4.15 a.m. 4th July after spending a horrible night on the train – bitterly cold!
Embarked on H.M.T. KAISAR-I-HIND, at 5.40 (This boat plied between England and Bombay as a mail boat in pre-war days – P & O 12,000 tons!)

Beautifully fitted out! Have no idea where we are bound for, but believe either Italy or Marseilles.
Left ALEXANDRIA yesterday – Fri. 5th July. There are four other ships (troop ships) with us, conveying about 10,000 troops altogether. The escort consists of eight Japanese destroyers and two British. The sea is very calm today (Sat 6th). Have nothing special to note.
Coast of Italy sighted at 10.30 a.m. this morning – Monday 8th July lay-to in harbour in TARRANTO. Disembarked by barge at 5 a.m. and camped under trees for the day. Expect to leave here this evening.
By train to MARSEILLES – Fri. 15th July. Feeling very queer lately with fever, so have been unable to make notes.
We left TARRANTO last Tuesday at 8 p.m., and travelled through Italy. Very pretty scenery and got hearty welcome from the Italians. Passed ANCONA and FAEMYA, then reached frontier on Friday night. Passed NICE Saturday morning and arrived 100 miles off CHERBOURG this morning – Tuesday. Expect to arrive there at 5 p.m. this evening. Have had very uncomfortable journey from TARRANTO as we have been packed in like sardines in goods vans- 32 men in each. Very little food some days.
Shall be glad to get to the Depot to have a good bath and change.
Arrived in CHERBOURG 2.30 a.m. today – Tuesday 16th July and marched to camp. Several thousand Americans arrived here today from England.
Leaving CHERBOURG today Wednesday 17 July 1918 for England!!
OFFICERS of 159 Siege Battery
Major CUDLIP – O.C.
Major ORTESON – Left 21/1/18 Capt KIDD – Left 23/1/18
Lieut SPARKES – Left 13/1/18 Lieut GIFFORD
Lieut MILLS
Capt WILMOTT – Left 2/5/18 Capt FOWLER
Capt WOOD-ROBINSON
Capt GARDNER-BROWNE Capt BURTON
SENIOR NCO’s
Q.M.S. SILVESTER Smajor BUDGE-LOCKET Sgt HUGHES
Sgt BISHOP
Sgt BATES
Sgt DALE
Sgt ROSS
Farrier Sgt DALE
Farrier Sgt NEWHAM Farrier Sgt SENIOR Farrier Sgt Edwards 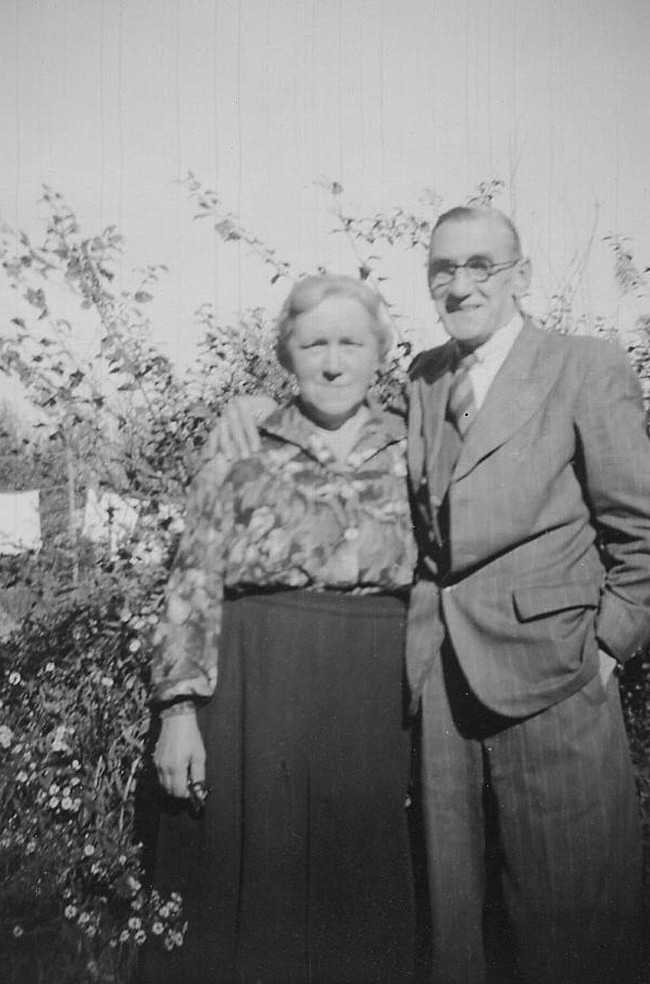